A rocket roared to life taking to the early morning sky over Japan with the first Marsbound mission of 2020: the United Arab Emirates’ Mars Hope orbiter.

The Hope mission is the first to fly in this summer of Mars missions: Read details on all the missions in S&T contributing editor Emily Lakdawalla’s article “Three Missions Head to Mars.”

The mission was placed in a preliminary low-altitude parking orbit, before a second stage burn successfully injected the mission into a heliocentric solar orbit for a 200-day journey to the Red Planet. The spacecraft was released over the South Atlantic from the upper stage 56 minutes after liftoff. While there was an early concern that one of the spacecraft’s solar arrays had failed to deploy, controllers in Dubai confirmed that both panels had unfurled and that the spacecraft was operating as expected. NASA’s Deep Space Tracking Network in Madrid picked up Hope’s signal, confirming that the spacecraft was healthy and on track. 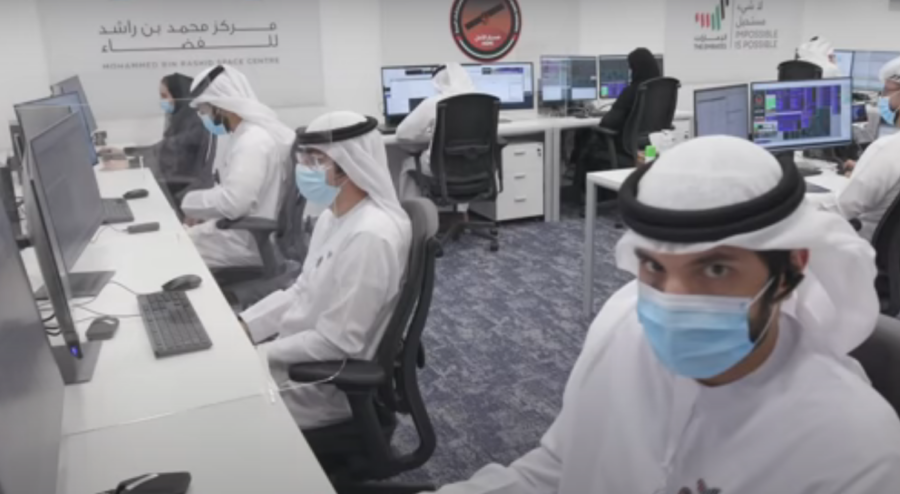 The United Arab Emirates funded the orbiter, which was built and will be operated by the Mohammed bin Rashid Space Centre in Dubai, in partnership with Arizona State and Colorado University.

This is also the first time a national space agency passed up on a preliminary lunar mission and instead headed to Mars on their first try. India also successfully fielded their first planetary orbiter — its Mars Orbiter Mission, also called Mangalyaan, reached the Red Planet in 2014 — but they had some practice with the Chandrayaan 1 mission to the Moon in 2008.

The Mars Hope orbiter will head to Mars for an orbital insertion in early 2021, entering a looping 55-hour orbit around Mars with an apoapsis of 44,000 km miles (27,400) and a periapsis of 22,000 km, just inside the orbit of Mars’ outermost moon Deimos. This unique, wide-ranging orbit will offer the spacecraft persistent views of Mars and its global weather patterns.

The nominal length of the Mars Hope mission is two years, though as an orbiter, its prospects to exceed that are pretty good. From its wide-ranging orbit, Mars Hope will study the Martian climate, seasonal changes, and look to answer questions such as how fast and why Mars is losing atmosphere into space, a study approach similar to NASA’s Mars MAVEN mission. 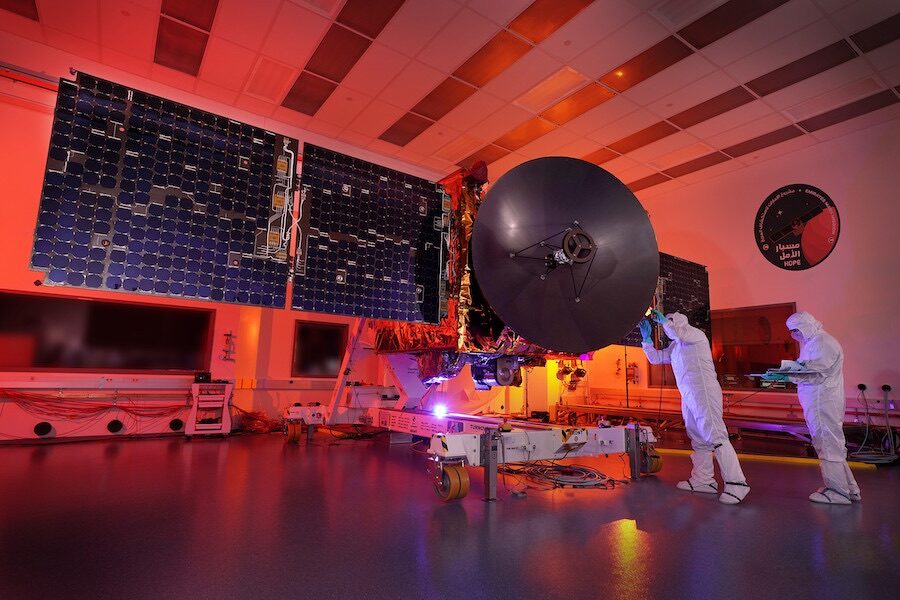 To carry out its mission, Mars Hope carries a suite of instruments, including the high-resolution Emirates eXploration Imager (EXI), an infrared spectrometer (EMIRS) and an ultraviolet spectrometer (EMUS).

The United Arab Emirates Space Agency was formally established in 2014, out of an earlier call for a pan-Arab Space Agency in 2008. UAE is working to encourage development and technical innovation to take hold in the Middle East through missions such as Mars Hope. To date, 11 African nations have also fielded satellites and host fledgling space agencies, a possible precursor to a pan-African space agency similar to the European Space Agency.

This is just mission one of three to Mars for the 2020 launch window, as China’s Tianwaren 1 orbiter, lander, and rover combo is scheduled to lift off later this week on July 23rd, followed by NASA’s Perseverance rover on July 30th. The follow-on to NASA’s Curiosity rover, Perseverance was rescheduled further back in its launch window due to technical issues with the Atlas V launch vehicle. The current launch window for Perseverance runs through August 15th, pending review for a possible extension further into August if needed. The European Space Agency’s Rosalind Franklin ExoMars mission was delayed to the next launch window in 2022.

Thus far, the United States, the Soviet Union (but not Russia), China, the European Space Agency and India have all successfully completed missions to Mars. Congrats to UAE on leading the way for the flotilla of missions headed to Mars in 2020, and fielding their bid to join the Mars mission club.