An artist’s illustration of the solar system in its early years.

What did the environment that formed the solar system look like? While most information about that long-ago era is lost, some meteorites and other primordial objects contain clues about that early epoch.

One of those clues is calcium-aluminum-rich inclusions (CAIs), tiny bits of bright-colored material found in larger meteorites. CAIs are one of the first solids to condense in the protostellar disk around the still-forming Sun.

In 1976, scientists found that when they formed, these CAIs contained unusually high amounts of aluminum-26, a radioactive isotope that only forms in hot environments such as supernova explosions. Aluminum-26 decays pretty quickly, with a half-life of 717,000 years, which means that the isotope must have been abundant very early in the history of the solar system. Researchers suggested that the isotope might have blown into the solar system from nearby supernovae or via the winds from extremely massive stars — or maybe both — making the birthplace of our Sun a rather busy neighborhood.

But new research points to a much simpler explanation that doesn’t require an outside source. The Sun itself might have produced the right conditions to produce the right amount of aluminum-26 within its own protostellar disk, the dust and gas that surrounds a newborn star. 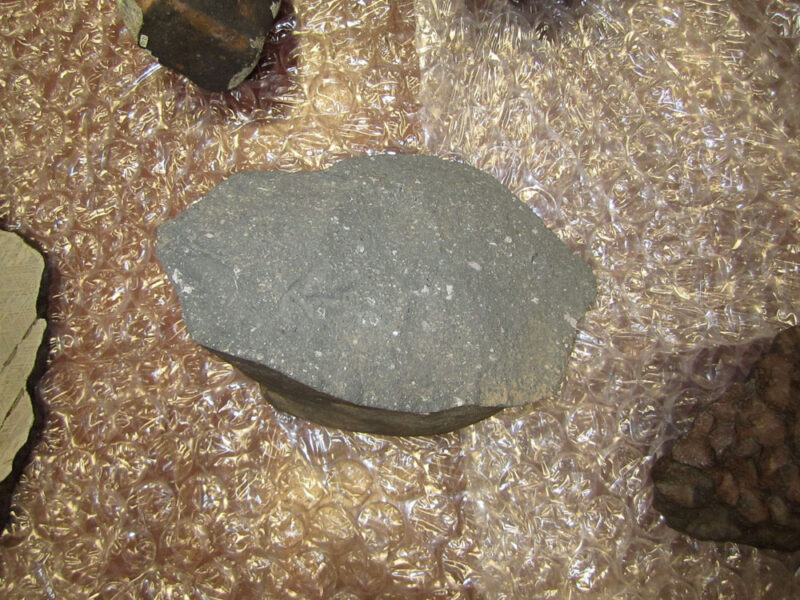 Another way to make aluminum-26 is when cosmic rays, highly energetic charged particles, bombard other elements that might be present in a protostellar disk. But researchers didn’t think forming stars could make cosmic rays. Now, Brandt Gaches (University of Cologne, Germany) and colleagues have developed new computer simulations showing that the young Sun would have not only made cosmic rays, it would have made them in the abundance required to produce meteorites’ aluminum-26. No supernova required. The findings appear in The Astrophysical Journal.

Gaches and his team found that aluminum-26 production peaks when the protostar blows out the surrounding gas, slowing down its accretion. This corresponds to about 4.5 billion years ago, when the CAIs found in meteorites formed.

“The fact that our solar system has aluminum-26 might not be unique or special,” Gaches says. “It might just be a property of all or many stellar systems.”

An Important Ingredient for Rocky Planets

Beyond its value as a signature of extreme conditions, the decay of aluminum-26 (more so than other radioactive isotopes) seems to have played an important role in the formation of planetary bodies with layered interiors — such as Earth, with its core, mantle, and crust. Its radioactive decay melts the rock at the world’s center, enabling heavier, metallic elements to sink into the core, while lighter elements float, remaining in the outer layers.

The decay of aluminum-26 might also have helped water and other volatiles escape from small planetesimals, drying these worlds. By the time these dry planetesimals grown into large planets, most of their primordial water is gone.

The heat from radioactive decay would likely have played similar roles in other planetary systems —without it, planets would be larger, fluffier, and water-rich.

Even if cosmic rays work to make aluminum-26, they don’t explain everything. Cosmic rays aren’t responsible for other short-lived radionuclides found in meteorites; in particular, iron-60 can only be produced by supernovae. Nor would the protostellar disk scenario explain how aluminum-26 reaches the interstellar medium, says Edward Young (University of California, Los Angeles), who wasn’t involved in the study. Astronomers have found aluminum-26 in massive star-forming regions such as the Orion Nebula, where it’s not confined to stellar disks.

This means that nearby supernovae are still necessary to explain some features of our solar system, but the new findings relaxes the constraints on these theories a bit by producing some of the radioactive isotopes locally.

Given that one of our only windows back on the early solar system is radioactive elements such as aluminum-26, the new scenario for its formation guides astronomers as they dig into our system’s past.