An artist’s conception of the Roman Space Telescope.
NASA

NASA has announced that the WFIRST mission will now be known as the Nancy Grace Roman Space Telescope. Roman is well known among the astronomy community for her leadership role in the development and launch of the iconic Hubble Space Telescope.

NASA’s associate administrator for science Thomas Zurbuchen made the announcement during a live telecast on Wednesday, May 20th.

“It is fitting that as we celebrate the 100th anniversary of women’s suffrage, NASA has announced the name of their new Wide Field Infrared Space Telescope (WFIRST) in honor of Dr. Nancy Roman, the Mother of Hubble — well deserved,” says former Maryland senator Barbara Mikulski. “It recognizes the incredible achievements of women in science and moves us even closer to no more hidden figures and no more hidden galaxies.”

Certainly, it’s an honor that was long overdue: This is the first space telescope to honor a woman in the field.

“It is because of Nancy Grace Roman’s leadership and vision that NASA became a pioneer in astrophysics and launched Hubble, the world’s most powerful and productive space telescope,” says NASA administrator Jim Bridenstine. “I can think of no better name for WFIRST, which will be the successor to NASA’s Hubble and Webb telescopes.”

Known as the “Mother of Hubble,” Nancy Grace Roman was the first Chief of Astronomy at NASA, working at the space agency from 1959 to 1979. She was also the first woman to hold an executive position at NASA. Under her leadership, NASA launched its first orbiting astronomical observatories in the late 1960s and early 1970s — the forerunners to the Hubble Space Telescope. 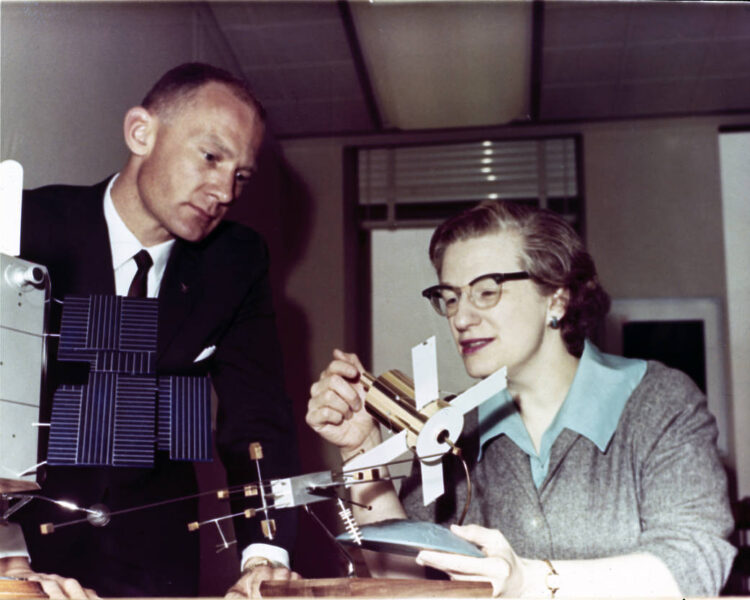 She also played a key role in the development of the joint NASA/European Space Agency International Ultraviolet Explorer and the Cosmic Background Explorer. But her legacy will always tied to the Hubble Space Telescope, a concept first envisioned in the mid-1960s that she saw through to reality. Nancy Grace Roman passed away in late 2018.

The Mission of the Nancy Grace Roman Space Telescope

The Roman Space Telescope will be a dedicated infrared survey mission, following in the footsteps of the WISE and Spitzer space telescopes. The concept arose from a surprise gift from the U.S. National Reconnaissance Office in 2011: two extra 2.4-meter, Hubble-class mirrors. There is still no plan or funding for using the second mirror at present. 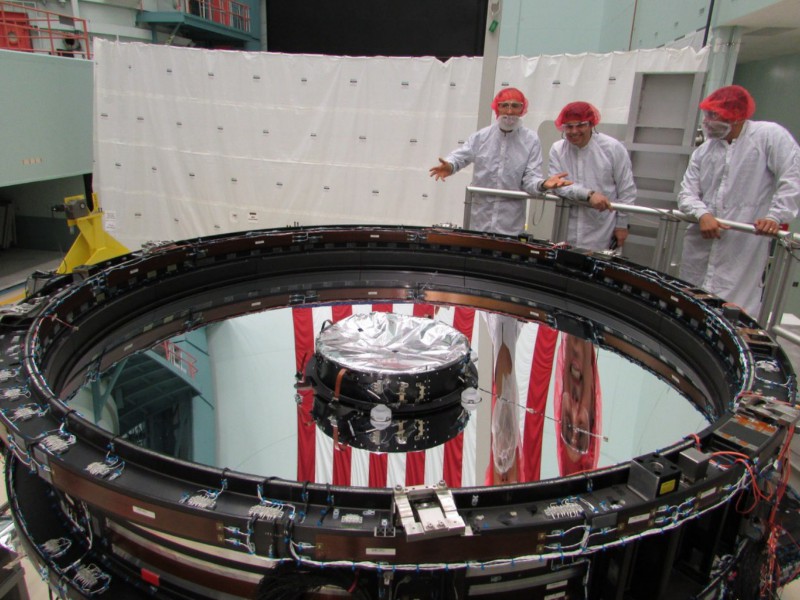 The observatory will host the 288-megapixel Wide-Field Instrument (WFI). With a faster focal length than Hubble’s (f/7.8 vs. Hubble’s f/24), the mission will have a field of view 100 times larger. Astronomers hope to use the Roman Space Telescope to probe the nature of dark energy by hunting for Type 1a supernovae and gravitationally lensed galaxies. The mission will also complement the ESA’s Euclid observatory, set to launch in mid-2022, which similarly will provide observations to help understand dark energy.

The Roman mission is also expected to discover thousands of new exoplanets via microlensing events. Astronomers will also be able to directly image exoplanets using a second imager that will include a high-contrast coronagraph. The telescope will work in concert with the Transiting Exoplanet Survey Satellite (TESS), which is searching for transiting exoplanets around nearby stars. 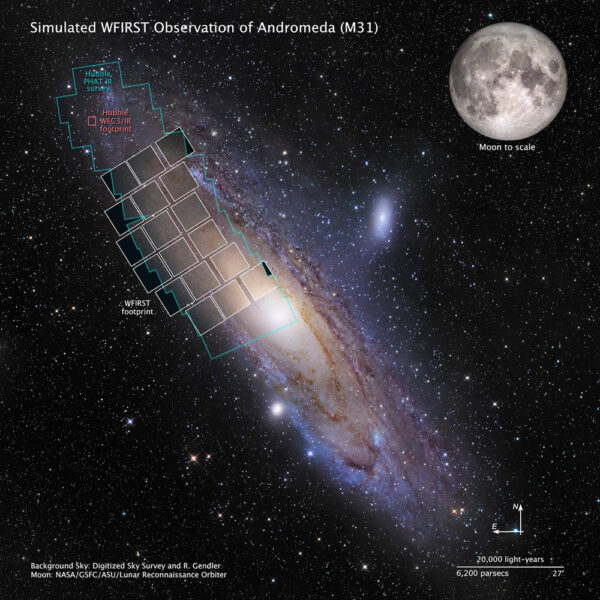 The Roman Space Telescope will orbit the L2 Earth-Sun point 750,000 miles beyond Earth’s Moon in a quasi-halo orbit. NASA hasn’t contracted a launch carrier for the Roman Space Telescope yet, but should name one sometime in 2021. Most likely, it will be a commercial carrier, such as SpaceX’s Falcon Heavy or United Launch Alliance’s next-generation Vulcan Centaur rocket.

Even with the gift of a free mirror, the Roman Space Telescope has been an on-again, off-again affair. As it stands, the FY2021 budget request would zero out funding for the mission. Of course, this budget proposal has to make its way through Congress, and most budgets go through several rounds of revision prior to final approval. The mission currently has funding September 2020

The early plans for WFIRST (originally referred to as JDEM, or the Joint Dark Energy Mission) called for a smaller and lower-cost telescope. Selected during the 2010 Decadal Survey, development for the Roman Space telescope is now expected to cost $3.2 billion dollars, with a total cost for a five-year science mission pegged at $3.934 billion dollars. The Roman Space Telescope is currently in the Final Design and Fabrication (Phase C) stage of development.

Currently, NASA is focused on getting another astronomy mission into space: the James Webb Space Telescope, set to launch from the Kourou Space Center in French Guiana in March 2021. A March press release from NASA notes that the current administration will not proceed with a future space telescope until JWST is in space and operational.

Naming the Roman Space Telescope this week is a good sign that the mission will still move forward . . . though it’s a bit odd that the naming occurred long prior to commissioning the observatory. But then again, with the current ongoing worldwide pandemic bringing many businesses and agencies to a standstill, these are odd times for everyone, space and astronomy included. Nearly every astronomical space mission has fought a rocky budget battle to reach the launch pad and see first light. Naming the Nancy Grace Roman Space Telescope after a pioneer who knew those battles well is fitting for the next space observatory.