We all are desperately waiting for the new season of Money Heist. However, what we want more is a little peek into what’s going to happen. Although, we do have the Money Heist cast sharing on-the-set posts on their social media, however, they don’t give us a proper idea. Hence, leaving doors open for the fans to guess and speculate. For instance, Alvaro Morte, who plays the Professor, shared a post on Instagram revealing Professor’s dirty torn out clothes. Subsequently, it worried the fans about Professor’s fate. Certainly, one of these posts may have given a major spoiler about Rio. Keep reading to know more!

Will Rio die in Money Heist 5?

You all might be majorly crushing on the Professor, Nairobi or Tokyo. Nonetheless, Rio’s charm is what everyone fell for. The youngest member and the hacker of the gang have people’s hearts. However, the real-life Rio, aka Miguel Herran, may have revealed his character’s fate.

Recently, Miguel Herran shared a selfie on his Instagram, from the set of Money Heist Season 5. He captioned it, “Ed mejor que morirse… creo”. In English the caption translates, “it’s better than dying… I guess!” In the photograph, Rio can be seen sitting on the stairs of the Bank of Spain.

Instantly, the comment sections filled up with fans asking if it was a spoiler or if Rio is going to die. However, Miguel replied to one of the comments saying “I have never died”. Despite, Miguel’s Instagram post has raised so many questions on Rio’s story line.

Who is Rio in Money Heist?

Most of you must know about every character and cast member of Money Heist. But for those who are not aware of this character yet, we have got you covered. Rio is the young hacker, who helps the Professor set up his hi-tech infrastructure. He hacked the sites of the institutes they rob, set up a whole control room for the Professor to work from. Rio and Tokyo get in a relationship, breaking the ‘no dating’ rule. On the other hand, Rio has been considered as the gullible and sensitive kind and is treated as a child being the youngest member. 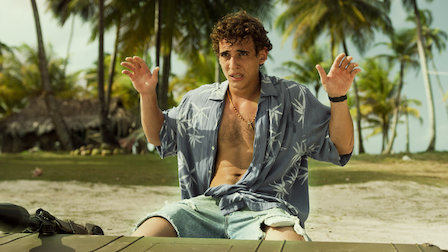 However, Rio’s major role was depicted in season 3, when he gets arrested by the police in Panama. After being arrested, he was tortured to tell the whereabouts of other members. Meanwhile, Tokyo reunites with the Professor and plans to rescue Rio. Hence, other members also join to loot the Bank of Spain, to get Rio freed. However, everyone gets worried as they believe Rio won’t be able to keep his mouth shut. Nonetheless, they all succeed in their plan to rob the bank and save Rio.

The post Money Heist 5: Is Rio going to die in the new season? by Mike Butcher appeared first on The TeCake.

Sinnoh Stones: What is Pokémon Go’s Sinnoh Stones and where to find it?
Oscar 2021 predictions and Kirby as one of the best supporting actress nominations?