Dwayne Douglas Johnson has his hands spread in many career paths. He is a famous actor, producer, businessman, retired wrestler, former football player, an activist and a philanthropist. Dwayne was born on 2 May 1972, to Ata Johnson and Rocky Johnson.

Certainly, he is half Black Nova Scotian and half Polynesian. Clearly, The Rock is a man of various talents as he played many other sports when he was young. So today, we will discuss The Rock’s various career paths and how much he made from them!

Way before acting and wrestling, Johnson was a prominent football prospect. In fact, he has received offers from many Division I collegiate programs. Hence, he joined the University of Miami and played defensive tackles. As a result, he got in the Miami Hurricane National Championship Team. But, as a consequence of several injuries, Dwayne was replaced.

Later, he graduated with a Bachelor of General Studies in criminology and physiology. After that, he signed with Calgary Stampeders of the Canadian Football League as a linebacker.

After leaving football, Dwayne decided to get into wrestling in 1996. Subsequently, he did several tryout matches and signed a contract with WWF. The Rock made his WWF debut and was promoted as the first third-generation wrestler in WWF history. Most importantly, he won his first WWF Championship in 1998. Johnson was known for his charismatic yet trash-talking personality. During his wrestling days, Johnson fought against esteemed wrestlers such as Mankind, John Cena, Brock Lesnar, etc. 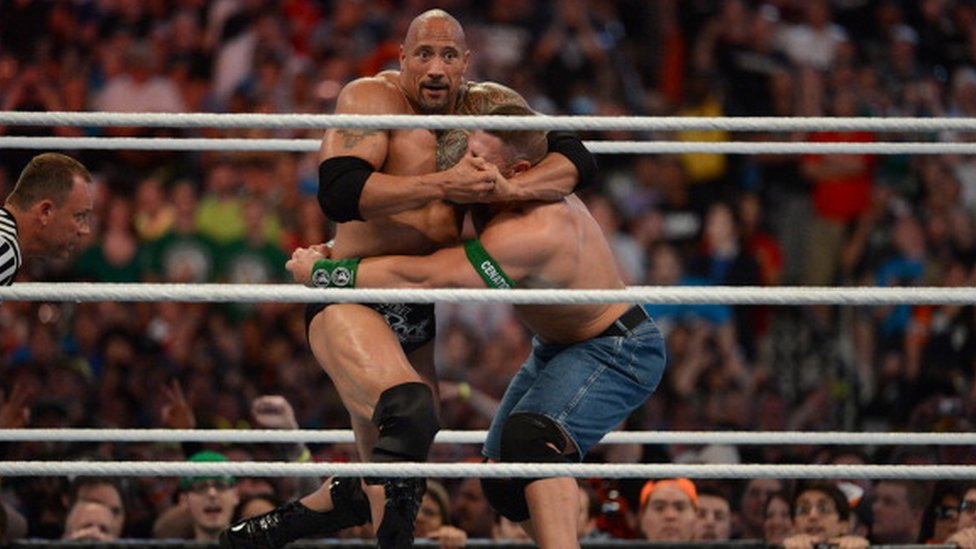 As a result of his successful career in wrestling, Dwayne is considered one of the greatest professional wrestlers. He is also a two-time Intercontinental Champion, a five-time tag team champion, and a 10-time world champion.

By the time Johnson entered the film industry, he was already a well-known wrestler. In his first acting job, he played his father in “That ’70s Show”. Next year, he appeared in a Star Trek episode. He was later featured in movies like “The Mummy Returns”, “The Scorpion King”, “The Rundown”, “Jumanji” etc. One of the most famous movies with The Rock is The “Fast and Furious” series. Later in 2014, Johnson played in “Hercules”, “Central Intelligence” and “Moana”. Moreover, he received Teen Choice Awards for Moana and has been noted in the “100 Most Influential People in the World” by Time.

As a producer, Dwayne produced and acted in “Fighting with My Family”. In future, the Rock will be seen in Netflix’s “Red Notice” and “The King”

As an actor, Johnson has become one of the highest-paid and most successful actors in Hollywood. Also, Dwayne has achieved great success on the wrestling and business front. Hence, as a result of the hard work in different platforms, The Rock’s Net worth is estimated to be $320 million as of 2020.

The post Is Dwayne Johnson a Billionaire? What is the Rock’s Net Worth? by Mike Butcher appeared first on The TeCake.

Selena Gomez: How did she rise to fame?
Michael Jackson: The net worth of the King of Pop