Animal Crossing is a social simulation video game developed and published by Nintendo, and the game is created by Katsuya Eguchi and Hisashi Nogami. The game series was appreciated and praised all across the world by the players, and critics for its notable open-ended gameplay, calendar to simulate the time in real, and extensive use of the video game consoles’ internal clock. In the game, Animal Crossing the player has to get in the role of a human being who resides in a village that is inhabited by a plethora of anthropomorphic animals who carry out various activities such as fishing, dancing, singing, bug catching, and fossil hunting. There are various animals who are known for their quirkiness, and one such is Flick from Animal Crossing: New Horizon.

Who is the Flick?

In the fifth series of Animal Crossing, namely Animal Crossing: New Horizon which is a life simulation video game developed and published by Nintendo for Nintendo Switch we see a new and special character introduced which goes by the name, Flick, who is a red chameleon with three yellow horns, and a curled tail with three strips on it.

He is a bug-catching enthusiast who has replaced Nat as the host of Bug Off. Flick wears a black leather vest mostly over a t-shirt of a ladybug, wears a golden choker tag, has two piercings on one of his back spikes, and also carries a black net with him which is designed with pointy metallic studs.

He is one of the rotating visitors on the island just like K. K Slider and Gulliver. He is a punk chameleon who happily accepts the commissions for the players, create sculptures of the players’ favorite Animal Crossing bugs, and for the players’ will buy the expensive bugs. When he randomly visits your island, Flick will stay till 5AM, and during his visit the player can ask him to make a sculpture or take commissions. 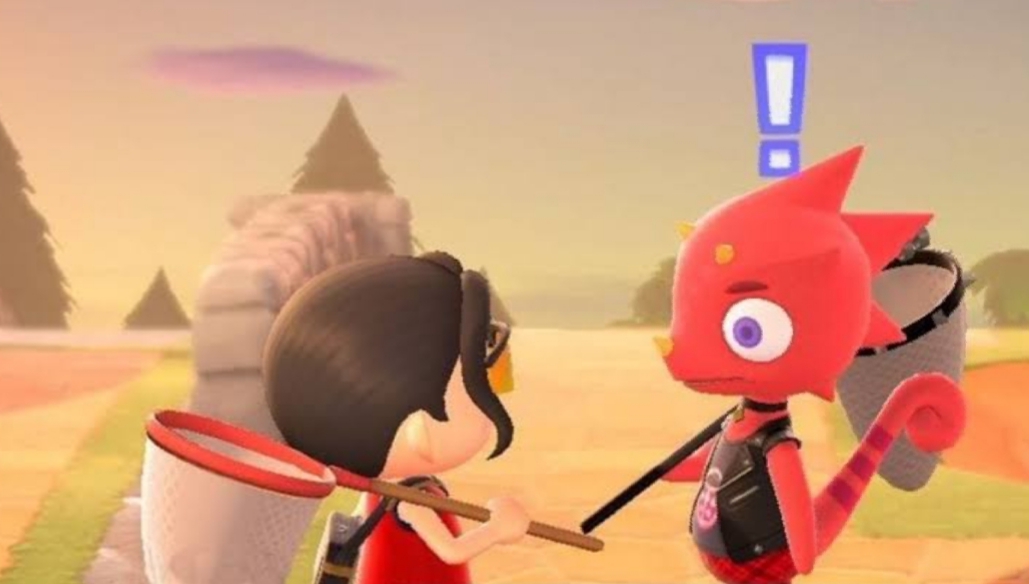 How to ask for a sculpture or commission from it?

Worry not, we got it. If you want an art sculpture of your favorite bug from Animal Crossing by Flick then all you have to do be catch three of the specific bugs and find Flick while chatting with him select the option ‘tell me about your art,” and then select the art you want. Flick can only accept one sculpture at a time, and it will take him almost a day to finish your art work and when finished it will arrive in your mail the very moment.

Flick is one of the popular characters of Animal Crossing: New Horizon. Get your hands on his bug art sculpture as soon as possible!

The post Flick Animal Crossing, How to ask for commission from it? by Margret Fadnis appeared first on The TeCake.