Americans are no stranger to the name of Noah Bryant Munck, the popular and the very versatile comedian, you tuber, music producer. He is well-known for his roles “Gibby” and “Naked Rob ” Smith. His magnifying talent has made many Americans instantly fall for him. he also plays the role of Bobby Sinclair, a junior lawn-mowing entrepreneur in the TruGreen commercials.

In the series Icarly that has been presented by the channel Nickelodeon, Gibby is a character played by Noah Munck. In the series, Giddy is a different child who often takes his shirt off for no good reason, he appears to be gullible to others but this ain’t the case. He is known to handle himself besides making other laugh their hearts out through his action, it would be no wrong to say that the nerd like the face he has can easily fool the audience, but the ones who follow the show know it well how strangely intelligent he is despite his wit. 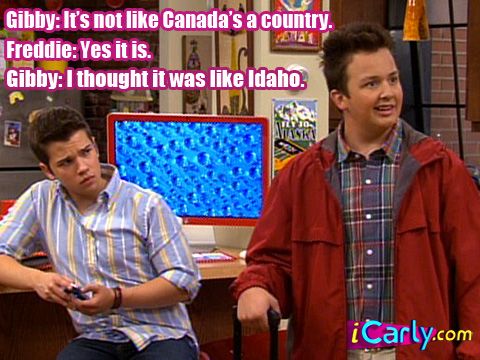 Fans Have been Missing the show:

it’s been 8 years since the show took its final episode down the line. The series Icarly was completed back in 2012 and undoubtedly fans have been missing the show without any refrain. The role of Gibby played by Noah has been the complete center of attraction and one could not emphasize much on how the character brought all happiness and laughter to its viewers.

Where is Noah Munck?

Ever since the show ended people have been thinking as to where their favorite character is and what is he doing? Many of you might have seen in featuring in “The Goldbergs ” as Naked Rob Smith. A major similarity between Gibby and Naked Smith is they both love to take their shirts off. Noah is also reported to have been studying at Biola University securing a degree in cinema and media.

The post Do fans of Gibby miss the Series Icarly? by Areena Handy appeared first on The TeCake.

Luka Magnotta, Murderer of the Decade Seems to Enjoy his Imprisonment
OMG ! have a look at the Shocking Reply Ronnie Magro gives to one of his fans