Artist’s concept of Gale Crater when it was filled by a lake a few billion years ago. The Curiosity rover has now previous evidence for the lake or series of lakes over time, and now a new study suggests that the lake could have been covered by ice during colder climate periods. Image via NASA/ JPL-Caltech/ ESA/ DLR/ FU Berlin/ MSSS.

A few billion years ago, Gale Crater on Mars held a lake or series of lakes. There was even a river that once fed into this lake. That’s the conclusion of scientists working with data from NASA’s Curiosity rover on Mars, which landed inside Gale Crater in August, 2012, and has been exploring the region ever since. Now, a new study of Curiosity data by NASA scientists has added more pieces to the puzzle of what conditions on ancient Mars were like.

NASA announced the study on May 19, 2020. The peer-reviewed paper detailing these findings was published on January 27 in the journal Nature.

The results come from a comprehensive analysis of data from a multi-year experiment onboard the rover, in a chemistry lab called Sample Analysis at Mars (SAM). SAM has been analyzing the chemistry and minerals in rock samples, including organic compounds – the building blocks of life – to determine the habitability of this part of Mars early in its history. This testing has previously confirmed abundant liquid water in the past, as well as a variety of organic molecules preserved in Martian rocks. 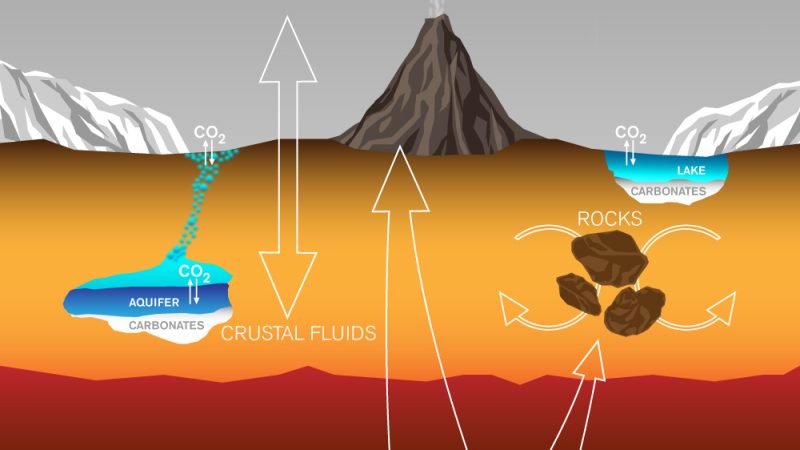 Diagram of the proposed carbon cycle on Mars. With little water and no abundant surface life on the planet, the cycle is quite different from the one on Earth. Image via Lance Hayashida/ Caltech/ NASA. 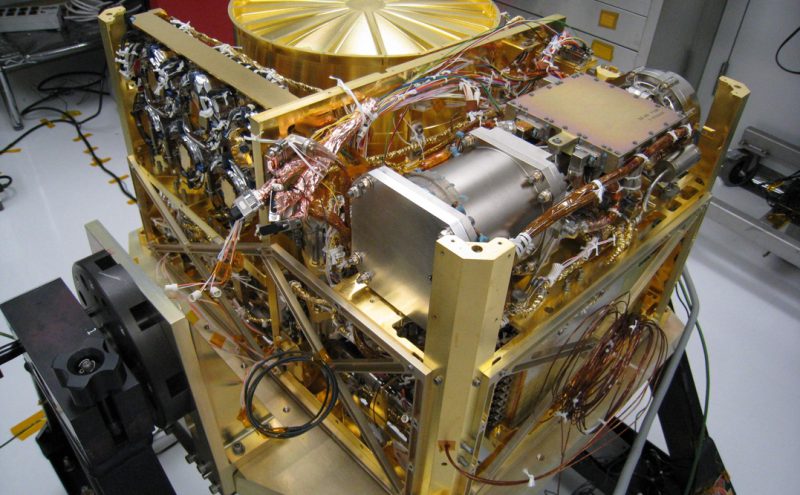 The SAM instrument at Goddard Space Flight Center, before it was placed on Curiosity for the trip to Mars. Image via NASA/ GSFC.

The latest analysis has found evidence for a previous ice-covered lake in Gale Crater, thought to have possibly existed in a colder period between two warmer periods of time. Heather Franz, a geochemist at Goddard Space Flight Center who led the new study, said in a statement:

At some point, Mars’ surface environment must have experienced a transition from being warm and humid to being cold and dry, as it is now, but exactly when and how that occurred is still a mystery.

The evidence supports the idea that Mars’ climate alternated between warmer and colder before finally becoming permanently cold and dry as we see it today. Changes in the axis tilt of the planet and volcanic activity could have played a major part in that instability. Indeed, chemical and mineralogical changes in martian rocks also show this, with some rock layers being formed in warmer conditions, but others in colder climates. 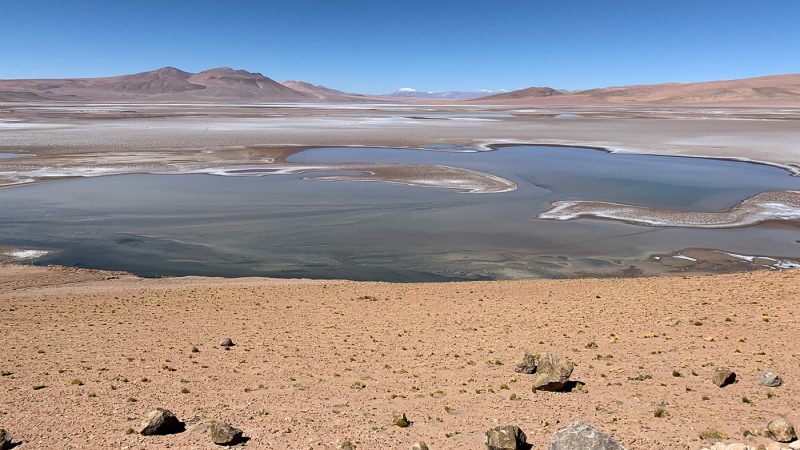 The Quisquiro salt flat in Altiplano, South America. Scientists think this may be similar to the lake(s) that once existed in Gale Crater on Mars. Image via Maksym Bocharov/ NASA.

So how did Franz and her team find the evidence for an ice-covered lake?

Over five years, Curiosity collected 13 rock and dust samples. From these, the gases carbon dioxide and oxygen were extracted inside SAM. Each sample was heated to 1,650 degrees Fahrenheit (900 degrees Celsius), in order to liberate the trapped gases. The temperatures of the SAM oven at the time provided clues as to the kinds of minerals the gases were coming from. This provided insight into Mars’ carbon cycle, where the gas is exchanged between Mars’ subsurface, surface rocks, polar caps, water and atmosphere. While Mars still has a carbon cycle today, it is a lot different than Earth’s, since it has little water and no abundant surface life. As Paul Mahaffy, principal investigator on SAM explained:

Nevertheless, the carbon cycling is still happening and is still important because it’s not only helping reveal information about Mars’ ancient climate. It’s also showing us that Mars is a dynamic planet that’s circulating elements that are the buildings blocks of life as we know it.

Mars doesn’t seem to have a lot of carbonates left – minerals composed of carbon and oxygen – which would be evidence for Mars once having a much thicker atmosphere, probably mostly carbon dioxide like today. Such an atmosphere would be needed to help explain how the planet could have once had long-lasting lakes and rivers. But, even though the carbonates may be sparse where Curiosity landed, the ones it has found so far have provided valuable clues about the ancient martian climate.

By examining the isotopes of the oxygen and carbon dioxide – versions of each element with different molecular masses – scientists can learn what chemical processes were involved in the formation of the rocks, including whether any biological activity might have been involved, as happens on Earth. The analysis showed that in some of the carbonates, the oxygen isotopes were lighter than those found in the martian atmosphere.

Why is that significant? It suggests the carbonates formed in a cold, likely ice-covered, lake. If the carbonates had formed in a warmer lake, then the isotopes should have actually been slightly heavier than the ones from the air. The researchers say that the ice might have sucked up the heavy oxygen isotopes, leaving behind the lighter ones that would eventually be found in the carbonates.

This is puzzling though, because it might mean the atmosphere was still thinner than thought. But without a thicker, warmer atmosphere, how could there have been lakes, rivers and maybe even a northern hemisphere ocean back then, as other other studies have shown?

The answer may be in the form of minerals called oxalates. Franz and her team suggest that some of the carbon may have been stored in oxalates rather than carbonates. The temperatures at which the carbon dioxide was released from some samples inside SAM was too low for carbonates, but just right for oxalates. The ratios of carbon and oxygen isotopes found also support this hypothesis. 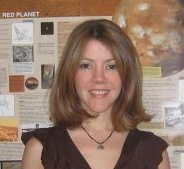 If it could be proven that oxalates were involved, that would be intriguing, since they are the most common mineral produced by plant life on Earth, synthesized by the incomplete oxidation of carbohydrates. That in itself wouldn’t prove life on early Mars, however, since they can also be produced by the interaction of carbon dioxide with surface minerals (inorganic or organic catalysts), water and sunlight. This is a process that “mocks” photosynthesis, called abiotic photosynthesis. It may even have paved the way for actual photosynthesis to be utilized by microbes on Earth.

Additional analysis of these and future SAM samples will be necessary to further figure out what role oxalates played, if any. The upcoming Perseverance rover mission to  Jezero Crater, scheduled to launch this summer, should be able to shed more light on the Curiosity findings. Jezero Crater is similar to Gale Crater, in that it also used to contain a lake, and an ancient delta is still clearly visible where a river once emptied into the lake. Perseverance is designed to specifically look for evidence of ancient microbial life on Mars, so it will be very interesting to see what it finds.

Bottom line: A new study of results from the Curiosity rover provides evidence for an ice-covered lake once existing in Gale Crater on Mars.