Avatar has begun productions for the second part after ten years. After so many delays, the first sequel is finally in process. Hence, the hype for Avatar 2 is crazy out there. Preparations are at full swing these days with new cast members. The team and the cast shared so many photos of the shoot.

Avatar 2 is an American science-fiction. It is the sequel of Avatar, which was released back in 2009. The film has been in talks and under development for many years. Earlier, Avatar 2 was set to be released in December 2021. However, it further got pushed to December 2022.

A message from James Cameron.

Also, the franchise has planned three more sequels. They will be filmed back to back. The sequels will be released in December of 2023, 2025, and 2027 respectively. James Cameron cleared the reasons for the delay. He stated that the script took four years to complete. Hence, they couldn’t start with it earlier. However, these delays have benefited the film because the design team got more time to work.
The story of Avatar takes place after 13 years of the events of the original film. This film is more about family. In this movie, Jake and Neytiri are together, and they have a family now. They are doing anything required in order to stay together. However, they are forced to leave their home. As a result, they explore Pandora in search of a new home. In an interview, Avatar 2’s producer Jon Landau said, “This is the story of the Sully family and what one does to keep their family together.”
Also, Jake and Sully have three kids named Neteyam, Lo’ak, and Tuktirey. 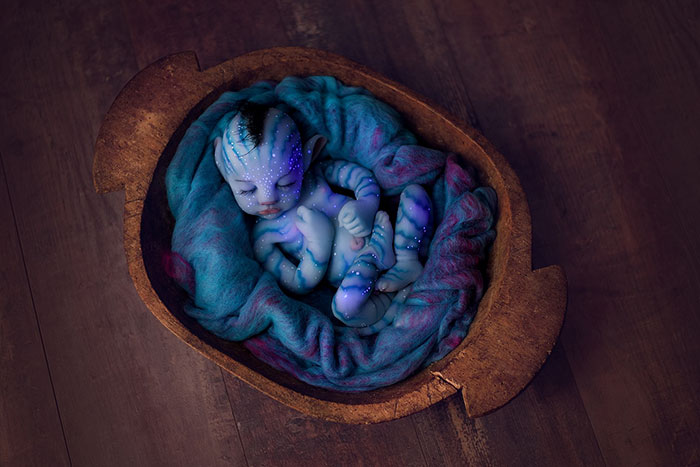 Behind the scenes of Avatar 2

Avatar has many elements that bring out the beautiful world of Pandora. In addition, the team and the cast have prepared themselves for the shoot. The shoot is being done in and underwater in New Zealand. Therefore, actors were taken for scuba diving as well, to experience the aquatic world. Cameron said, “Most of the actors have read all four scripts. So they know exactly what their character arcs are, they know where they’re going…”
Jon Landau also praised Kate Winslet. He revealed that Kate held her breath for 7 min straight in an underwater shoot. Certainly, Kate was trained to do so; hence, she was confident underwater.
All these have been shared on social media. In fact, director James Cameron has featured behind-the-scenes shots of underwater filming. Check them all here:

From the New Zealand set of the Avatar sequels, we’re grateful to be safely back in action. pic.twitter.com/t8xTsUVdM6

From the set of the Avatar sequels: Last year during underwater performance capture, still photographer Mark Fellman snapped this photo of @BritainDalton, who plays Lo’ak. pic.twitter.com/0pBt8wwAqa

ICYMI: Avatar Producer @JonLandau shared a series of photos from behind-the-scenes of the sequels.

To prepare the cast of the Avatar sequels for filming, we took them to Hawaii to experience the underwater world. Check out a few pictures from the trip here: pic.twitter.com/AdXhFhWPlh

And a wide shot of the lab: pic.twitter.com/asec9R2jfj

The Crabsuit: A human driven multifunction submersible. One of the many new RDA vehicles that will be seen in the Avatar sequels.

Thanks to Producer @JonLandau for sharing this concept art! pic.twitter.com/8RwZ38nizj

The post Avatar 2: Let’s take you to the amazing scenes behind the productions! by Mike Butcher appeared first on The TeCake.

‘Indiana Jones 5’ – Everything You Need To Know!! Tap For Latest News!!
Conjuring is coming up with part 3 ? Details and release date