Artist’s illustration of a magnetar, a neutron star with powerful magnetic fields.
ESA

Pulsars have historically been classified into different categories — but the distinction between them may be blurrier than we thought. The discovery of the youngest pulsar yet observed is now raising questions about how we classify these extreme objects.

The Source of a Pulsar’s Power

When a massive star explodes as a supernova at the end of its lifetime, an incredibly dense remnant with the mass of one or two Suns — but spanning only 20 km or so in diameter — is left behind. If this resulting neutron star is powerfully magnetized, it can emit a beam of radiation that sweeps across the Earth as the star spins, appearing to us as a pulsar. 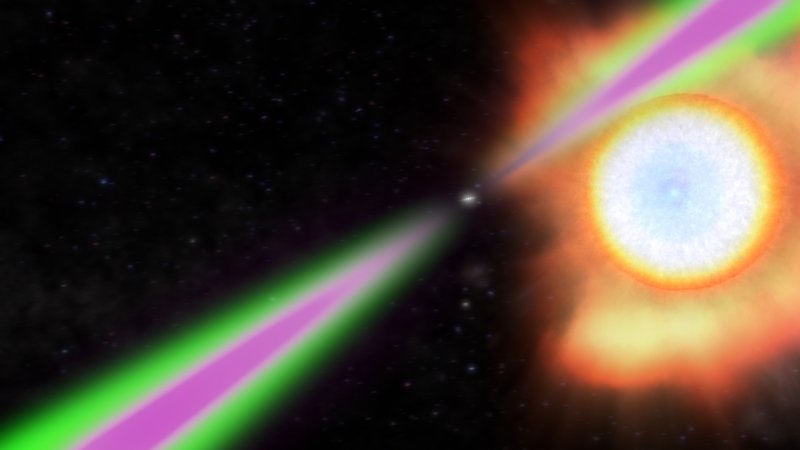 The pulsars that we’ve observed are classified into three categories based on what we think powers their emission:

Rotation-powered pulsars
Usually detected from their pulsed radio emission, this is the most commonly observed type of pulsar. These rapidly rotating stars gradually spin down over time. Their lost rotational energy powers the particle acceleration that produces the emission we observe.Accretion-powered pulsars
These pulsars occur in binaries and accrete matter from their companion stars. Pulsed X-ray radiation is produced by rotating hot spots caused when the accretion flow strikes the surface of the pulsar.Magnetically-powered pulsars
These bodies, known as magnetars, are the most magnetized objects in the universe, sporting magnetic fields of around 1014–1015 Gauss (compare this to Earth’s magnetic field, which is less than one Gauss!). The decay of their unstable magnetic field powers the emission of high-energy radiation, particularly at X-ray and gamma-ray wavelengths.

But what if these pulsar categories aren’t as distinct as we think they are? Observations of a very recently born pulsar, described in a publication led by Paolo Esposito (Scuola Superiore IUSS and INAF, Italy), are now challenging our classifications.

Neither Here Nor There 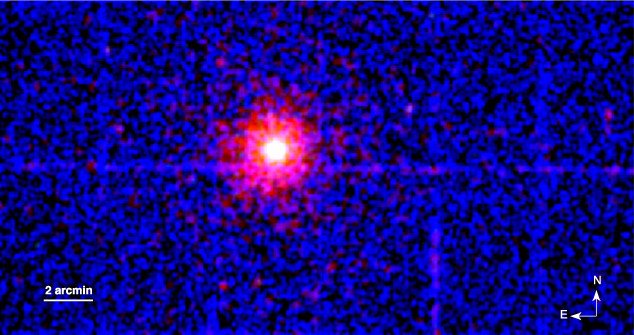 The source Swift J1818, as observed by the XMM-Newton spacecraft.
Adapted from Esposito et al. 2020

The source Swift J1818.0–1607 was first discovered in March 2020 as a flaring outburst of X-ray radiation. Esposito and collaborators present X-ray observations of the source using the Swift Observatory, XMM-Newton, and NuSTAR, all of which paint the picture of an incredibly young — just 240 years, a relative baby on cosmic scales! — magnetar undergoing an outburst.

But Swift J1818 has its quirks. Of the roughly 30 magnetars we’ve discovered, Swift J1818 spins faster than any of them, with a period of just 1.36 seconds. Its quiescent luminosity is lower than we’d expect given its young age. And follow-up radio observations with the Sardinia Radio Telescope in Italy reveal that Swift J1818 also exhibits the strong and short radio pulses expected for a rotation-powered pulsar. 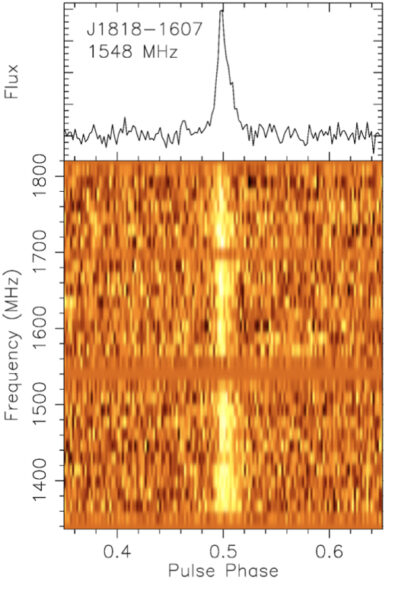 Profile of a bright radio pulse from the source Swift J1818, as observed by the Sardinia Radio Telescope.
Adapted from Esposito et al. 2020

Esposito and collaborators’ observations lead them to conclude that Swift J1818 is a peculiar magnetar with properties that straddle those of rotationally and magnetically powered pulsars. This makes this newborn the latest in a small collection of oddball young neutron stars with diverse properties, suggesting that there may still be much we don’t know about the driving forces behind pulsar emission, and how this changes over a pulsar’s lifetime.

This post originally appeared on AAS Nova, which features research highlights from the journals of the American Astronomical Society.